Just got back from spring break. Tons of fun in (mostly) sunny California! Had a great time watching my son play tennis and hanging out at several beaches with the fam and our friend. But one of the best days was when I stole away all by myself to visit the Huntington Gardens in Pasadena.

This place is just amazing. Beautiful. Restful. Peaceful. So many lovely places to just relax, read and reflect. I did all of that, but I also took a bunch of pictures. The wisteria in the Japanese garden was stunning. May have gotten a little carried away in the desert garden. There are some strange and incredible plants on this planet! Here’s a little peek! 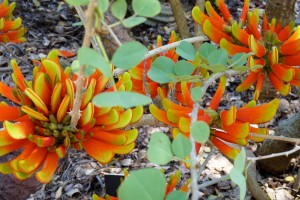 Hello, everyone! Happy Monday to you! Today it’s my pleasure to have Belle Blackburn as my guest. (It’s okay if you suddenly have the urge to belt out a chorus of  “Be My Guest, Be My Guest, Be My Guest.” I did.) Belle is, of course, an avid reader, but also a talented writer who enjoys mixing a variety of genres into her novels.

What genre(s) do you write?
Primarily historical fiction but you could slip it into a few other categories like mystery, romance, history and medical.

How did you become interested in that genre/topic?
This sounds so cheesy but it was seeing Gone With the Wind when I was 14 years old. I knew there had 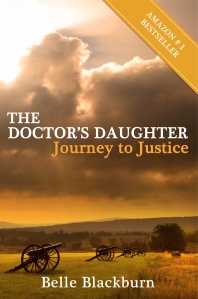 been a Civil War but it was just some dates and battle names in a history book, which bored me immensely. My mother took me to the movie and it really made an impact on me. That was the first time I had heard about how war affected civilians as well as soldiers. I still remember the shot of all those wounded soldiers lying in the sun (half of which were dummies). My brother was in the military at the time so I was very sensitive to that. I then read the book and have had an interest in history since, though I usually focus on civilians. If you are looking for book spotlighting the military, battles and weapons, there are many out there by experts in that field and I am not one.

How long have you been writing and how many published works?
I have planned to write since second grade and got a minor in journalism, but did not produce my first book until a couple of years ago. I wrote a murder mystery and needed it to be set in a time without forensics and since Nashville was a busy and important place during the Civil War, I chose that time period. I like to discover history in the setting of a good tale so I slipped Nashville’s war story into it. It does take a ton of research but I love it. I am now writing the sequel.

What’s your favorite part about writing?
Experiencing the flow. Sometimes I just can’t get it on paper quick enough and it takes on a life of its own. I have had bossy characters who insisted on having things their way, which I had not planned. I know to appreciate those times because sometimes it drags. And, of course, five star reviews are pretty awesome. ☺

In writing historical fiction, you must have done some research. What are your sources? Are there any particular historical “nuggets” you found while researching? And travel required?
I spent a lot of time in the Nashville Room at the main library. I loved finding books that were eyewitness accounts. I also contacted several of the local historians, who were very helpful. I discovered a thesis about daily life in Nashville in the 1850s at the Vanderbilt Library and that gave good insight to the city. My biggest problem was finding out about the law of the time and I finally found a legal historian. The research into the medical practice of that time was very interesting in that it held no resemblance to today’s medicine at all. It is so easy to deride their medical practices but I know in 150 years they will be feeling the same way about our time. I often wonder if our generation’s time will be known as The Chemical Age. And I have to say researching is tremendously easier with the internet! As far as travel, it was mostly limited to within the city – libraries, historical sites, presentations or to meet a historian. I’m sure there was some European connection to Nashville in the Civil War that I will have to go research!

Tell us a little about your main character.
Kate is…a bit flawed. Mostly she is just young and inexperienced and, like people of that age, thinks she has all the answers. She is a bit brash in her thoughts, which she at least has enough sense not to vocalize. She does grow a lot in the 1+ year this book covers. She is at the core a good person but stubborn when she has something in her head, and doesn’t always make good choices. I sometimes have inspiration for a character from a real person but Kate is just purely out of my head.

What do you hope readers will enjoy or take away from reading your book?
I hope first that they enjoy a good yarn and love the characters, but secondarily I would like for them to learn things they never knew before.

Please share a couple of favorite lines from your book.
This is like asking me to choose a favorite child but I will settle on one from the first page – “I went to church to practice hate and revenge.”

Where do you get your story ideas?
History guides my story. My characters have to operate within the confines of true history, however, their own stories can come from anywhere. I have incorporated some of my own experiences as well as others. Most of it just comes out of my head or my husband’s. He is my male muse since he has a great imagination and creative mind. I will get stuck at points and I will ask him how this character is going to get to this place or how I can make this happen and he usually has a good idea.

Is there anyone in particular who has influenced your writing career?
I am grateful to the teachers who encouraged me along the way. The author Susan Howatch influenced me with her intelligent and insightful Starbridge series of books, as well as Wheel of Fortune. I learned that no matter how much I think I know a situation, other people see the same thing quite differently. And most people do not even know themselves. She likens the personality to an onion, where the outer layer is the glittering image you present the world, then you start stripping off the layers until you get down to the very core, and your true self is usually not what you think it will be at all.

What do you do when you’re not writing?
It usually involves my hands in the dirt or on an animal but very soon it will involve my first grandchild. I will wash my hands first before handling him, afterwards with the other two.

What’s one thing about you that most people don’t know?
I was voted Most Mischievous in high school.

What’s next on your writing journey?
The sequel to the first book. Got some loose ends to tie up.

So, I’m curious have you ever (or how many times) dressed up as Belle from Beauty and the Beast?
I have now! 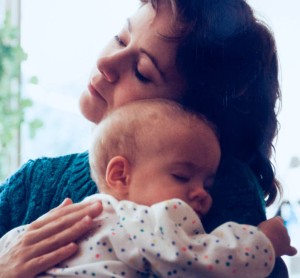 Of course it happens to everyone who has kids, that how-did-this-happen, where-did-the-time-go kind of awe mixed with sadness and maybe a little panic.
Wow. My daughter is 24, a double dozen years. The panic, of course, is what it means in terms of my years, not hers!

I think back on the first twelve years, and it’s astonishing how many things happened during that time – from learning to talk and walk to starting school right up to the brink of adolescence. And this last dozen – incredible changes like, um, growing up! Twelve years doesn’t really seem so long, but those years represent the angst of middle school, the drama of high school with its activities, achievements and learning to drive. Graduation. And then college. The years of figuring things out and exploring options. Another graduation. All of the years of college done and gone, already part of her past. Amazing.

Now she’s on her own, working, paying most of her own bills. 🙂 That part is quite exciting. So is the next chapter for her, which begins in a few short months when she’ll begin a PhD program that will set her on the path to becoming a scholar in the field of marine biology. Very cool stuff, so while I lament the passing of so many years, the wrinkles around my eyes and those few extra pounds, I look forward to what’s ahead . . . more birthdays, more milestones and more memories as time marches on! 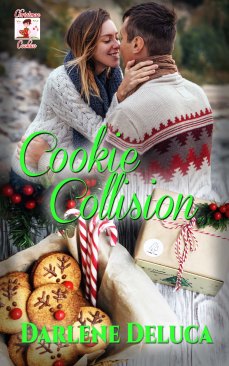