Since tomorrow is Valentine’s Day, I thought I’d share a little snippet from my most recent contemporary romance novel, Something Good. This scene takes place near the end of the book. It’s full of romantic tension  – will they or won’t they. Love me? Love me not? 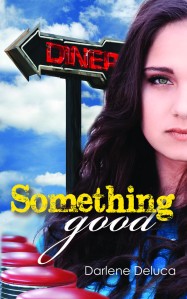 Of course you’ll have to read the whole book to find out what happens next! Enjoy, and Happy Valentine’s Day to all!

That evening, Mandi picked up on the second ring.
“Hey,” she said.
“Hey, there. Out with the gang last night, huh?”
“Yeah. It’s a fun group.”
“That’s great. Anyone in particular?”
Mandi laughed. “Well, my boss is kind of a funny guy. He tells a good story.”
Lane’s heart lurched. He couldn’t remember what else she’d said about her boss. How old was he? Was he married? He couldn’t let it go. He had to know. “Mandi, are you seeing someone?” His question hung between them for a long moment.
“You mean like dating?”
“Yeah.”
“No.”
She spoke only one word, but Lane had a feeling there was more to it. Her voice was quiet, strained.
“You okay?”
“Why did you ask me that?”
More silence. How to answer that? “I just needed to know. Guess my imagination got wound up when I couldn’t reach you last night.”
“Well, I have made some friends, Lane.”
“But no one– No one you want to go out with.”
“No. How could I?” she asked, her voice barely a whisper.
His heart thumped. “What do you mean?”
“You’re not here.”
Her response stole his breath, and he had to pace a minute before he could hear anything other than the blood pounding in his ears. “Say that again.”
Silence.
“Mandi.”
“No.”
Okay. He couldn’t pressure her for more. God, he wanted to head straight to the airport and book the next flight out. He took a deep breath. “How would you feel about some company before school starts?” Or sooner.
Silence met his question. Again. He wished he could see her face. “I miss you,” he said. Now he really wanted to see her face.

Mandi clenched her eyes shut.  How to respond to that? She couldn’t tell him that her entire body ached for him, that she thought about him pretty much twenty-four seven. How could they really have a relation-ship? Long distance for at least three years? That was too difficult. Too stressful. Too expensive. She wouldn’t lie to him, but did she have to tell the whole truth?
“Do you like the beach?” she asked instead.
“I do like the beach. I like you and me sitting on the beach watching the sunset, having a beer or a glass of wine.”
She gave a choked laugh. “You do?”
“Yeah. Does that mean I can come visit?”
The visual played in Mandi’s head, and lodged in her chest. She and Lane walking along the beach at dusk . . . holding hands. Oh, yeah. She’d avoided the beach since that one time she’d ventured out by herself. Rather than being soothing, it’d been lonely. Something about the vast expanse of water had made her feel small and vulnerable. Alone. She loved being in California, loved her new job, and was excited about going to school. But somewhere along the way, being alone had become lonely.
Most nights, she worked. And talked to Lane. That kept her mind occupied. But then every night she went to bed, and the darkness reminded her that she’d left more than a chunk of her heart in Texas. She wouldn’t be going back to retrieve it, so where did that leave her? What was she supposed to do? Live without it?
At last she answered him, “Yeah. You can come visit.” 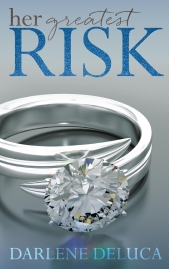 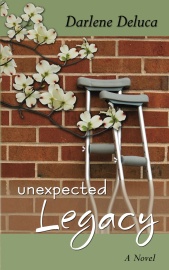 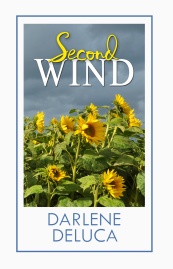 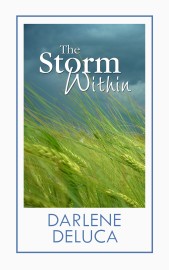